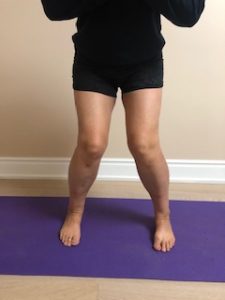 The truth was that in many anecdotal cases when I did focus on gluteal strengthening, my patients with PFPS got better, which further confirmed my biased hypothesis. There were of course those who did not get better, but I naturally brushed them off as “outliers”.

This RCT showed that those who received six weeks of strengthening exercises focusing on the hip extensors, abductors and lateral rotators had the SAME improvements in pain and functional scores when compared to those who received strengthening exercises focusing on the hip flexors, adductors and medial rotators.

The most fascinating aspect of the study was that the type of exercise received, made no difference in their dynamic knee valgus angle during a step down test, which was anyhow irrelevant to their recovery. This study really messes up our long held hypothesis and ruins our classic theory about PFPS!

In this 1-minute video I propose another theory for why various exercises may be effective for PFPS…perhaps it’s not about alignment but perhaps about vascular supply or desensitizing!

0
The Words used to Diagnose a patient Matters
Can something that is not painful, become painful with repeated conditioning?