To demonstrate the value of our presence when treating patients, similar to being present when teaching birds to fly, I would like to summarize this eye-opening study done in an Italian hospital.

Post surgical patients were randomly allocated to receive their intravenous analgesics (morphine) either directly from their doctor or secretly. 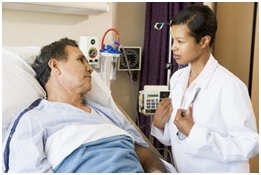 In the first scenario, the doctor stood beside the patients’ beds as they infused the morphine through an IV line while explaining that the medication was a strong painkiller and that it would take effect in a few minutes. In the second scenario, the morphine was given by a preprogrammed machine without any doctor or nurse present, making the patients unaware that they were receiving any pain meds.

The patients in both groups kept a pain diary where they rated their pain from 0-10 at 30 and 60 minutes post infusion. As you may expect, the administration of morphine was more effective when the doctor was present. At baseline both groups had an average of 7/10 pain but after an hour, the doctor administered morphine group had an average of 4.3/10 pain while the secretly administered group had 5.8/10 pain.