I admit that just a few years ago I was obsessed with “core” exercises where I wrote about all the studies showing motor control impairment and muscular dysfunctions in those with chronic low back pain (CLBP). I assumed that the only way to retrain muscles was to prescribe stabilization exercises.

I did not even think that it was possible for McKenzie based exercises to have any effect on muscles. Seems like I was wrong!

This RCT involved 70 patients with CLBP who demonstrated a directional preference using the McKenzie assessment.

Half the subjects were randomly assigned to receive treatments based on the McKenzie method and the other half received motor control / stabilization exercises. All subjects received 12 treatments over an 8 week period.

After the 8-week period, a blinded assessor measured various subjective and physical outcomes.

Result #1: There was no significant difference for pain or disability, as patients in both groups improved.

Result #2: Perceived recovery was slightly superior in the McKenzie group.

Personal comment: Perhaps there are other reasons to explain why our patients get better such as the fact that both groups were empowered to self-manage their LBP! 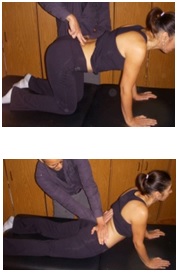