In the past decade Kinesio taping (KT) has become quite popular especially among athletes who want various colours (red, pink, blue, black) to enhance their performance.

Call me old fashioned but for the last 20 years I’ve been using the plain old brown leukotape with a cover roll underneath it. I have over 30 RCTs to support the use of leukotape (rigid) yet it is hardly popular among the general public. But for some reason with little evidence KT has dramatically grown more in popularity.

This 2016 paper found no significant difference between the group of patients with sub-acromial impingement syndrome who received either real or sham Kinesio taping.

A 2013 study used leukotape and found that compared to manual therapy alone, the addition of rigid taping provided better outcome with respect to pain and ROM.

References: Kocyigit F et al Kinesio taping or just taping in shoulder subacromial impingement syndrome? A randomized, double-blind, placebo-controlled trial. Physiother Theory Pract. 2016 Oct;32(7):501-8.Clinically I use both types of tapes depending on the patient. I prefer to use KT for seniors and pediatric populations as it is easier on the skin. 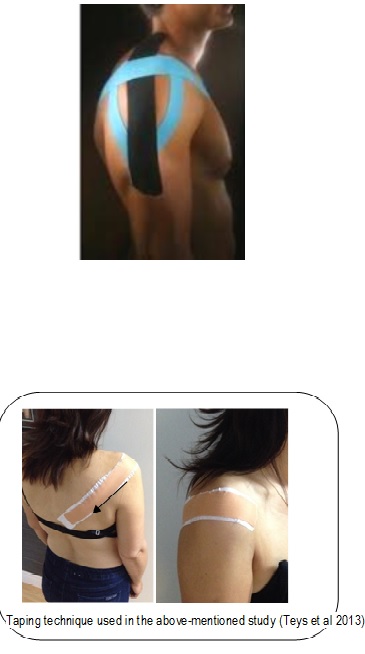 0
Meds for WADs: The latest evidence
Manipulation for Migraines: Does it work?