Of patients with neck pain, who is likely to benefit from T-spine manipulations?

This study found the answers by demonstrating 6 clinical prediction rules (CPR) to identify those with neck pain who were most apt to rapidly improve from T-spine thrust manipulations.

Only if the patients reported of feeling either “quite a bit better” or “a very great deal better” 2-4 days following the first session were they considered as having a “successful outcome”.

The 6 variables in the CPR were: 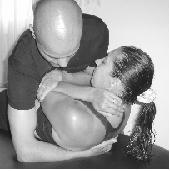 0
Immediate Benefits of MWM on Impingement!
What is the NOCEBO effect?