Say you suffer from episodic migraines and your doctor gives you the option of two pills to take at the onset of your next migraine attack; one bottle says “Placebo” and the other bottle says “Maxalt” a strong migraine medication. 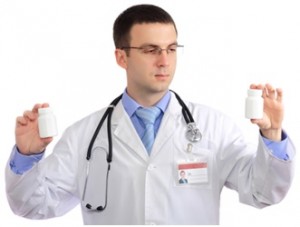 Which would you take?

This fascinating study looked at how medication labeling influenced placebo and drug effects on patients with episodic migraines.
For each subject, the non-treated migraine intensity of the first attack experienced from the beginning of the trial served as the control.

Then for the six subsequent migraine attacks, each patient randomly received either placebo or Maxalt but with three different labels written on each pill bottle.

Here is the order of effectiveness of the pills taken; from least to most effective.

In a nutshell: When placebo was truly labelled as being placebo, the patients experienced the least amount of relief from their migraine episode.

On the other hand, when Maxalt was truly labelled as being Maxalt, the patients had the best pain relief experience from their migraine episodes.

Most fascinatingly, the effectiveness of Maxalt labeled as Placebo and Placebo labeled as Maxalt were similar.

What is truly mesmerising is that the benefits of placebo was present even if placebo was honestly described which implies that just the ritual of pill taking seems to be valuable.

Clinical Relevance: Although as PTs we do not prescribe meds, we do prescribe activities and exercises. Perhaps how we sell the exercise has a lot to do with not only compliance but also to the potential benefits of the exercise and the potential release of the endogenous opioids.

In the early 90’s when I first graduated, I applied “spray & stretch” to my patients’ trigger points like there was no tomorrow …and guess what? They got better!

After doing my manual therapy courses I did PIVMs and PAMs and with great conviction I treated my patients using specific joint mobs & manips…guess what? They also got better!

When I completed my McKenzie training, I was so passionate and so strongly believed that I was helping the disc “go back in” …and guess what? My patients also got better.

Then in Australia during the core era I enthusiastically prescribed multifidus and transversus exercises with the certainty that I was stabilizing the spine …and guess what? My patients also got better!