In 2004 Robin McKenzie was voted by the Orthopaedic Section of the American Physical Therapy Association (APTA) as the number one most influential and distinguished physical therapist in the field of orthopaedic physical therapy. 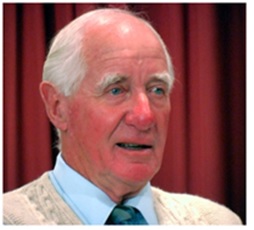 Why? Don’t get me wrong, I certainly think that he deserves that title as he wrote the books titled “Treat your own back” and “Treat your own neck”. The idea of a book like that seems normal enough now but in the 1980’s to my knowledge, such a concept was unheard of.

It is of course no big deal now, but for someone to come along and say, “We need to empower patients and teach them how to self-manage” was incredible for that time.

When symptoms centralize with repeated movements it is hypothesized that we are mechanically moving and fixing something which is indicative of a “derangement”.

However, since I abandoned the jelly doughnut theory explanation to my patients long ago, I’ve had to come up with a new one in order to minimize fear and prevent them from viewing their spine being weak as a doughnut!

I humbly hypothesize that the primary benefit of repeated movements when there is a directional preference is the unloading of mechanical stresses on sensitized structures. So I explain to my patients that their back or neck is simply “sensitive” or “sensitized” at the moment and the right movements help desensitize it. I may be wrong but my patients seem to be quite understanding and happy with the simple and non-threatening explanation. No need for jelly doughnut analogy ever again!