Curcumin, a yellow-pigment root and a component of turmeric, was identified centuries ago as having medicinal benefits. Extensive studies and clinical trials published in several peer-reviewed journals have supported its physiological and clinical benefits as an anti-inflammatory agent. This 2009 review article was published in the “International Journal of Biochemistry and Cell Biology” and basically conclude that there is sufficient evidence to support the role of Curcumin / Turmeric in the prevention and management of various inflammatory chronic conditions including arthritic, cardiovascular, Alzheimer?s, autoimmune and neoplastic diseases.

The question is, why is it that this medically proven yellow spice that has been shown to be pharmacologically safe, readily found in your grocery store and practically dirt cheap, not utilized more often in the Western medical world?
…Could it be that Curcumin cannot be patented so there is little potential $$$ in prescribing it, certainly not billions of dollars!

Another 2010 paper in the journal “Osteoarthritis & Cartilage” proposes thatCurcumin has the potential of becoming a safer and more suitable alternative to the NSAIDs that are currently used for the treatment of OA.

Some argue there is insufficient evident to support this cheap yellow spice. I urge you to type in ‘curcumin’ or ‘turmeric’ in PubMED and you will get 4368 citations! Do you really need more that 4000 published papers on this safe, potentially effective anti-inflammatory ‘medicine’?

The only other alternative option to NSAIDs that I wish to briefly talk about is Harpagophytum also known in the herbal world as “Devil?s Claw”. There is some evidence to support its use in individuals with mild to moderate degenerative rheumatic disorders such as OA (no significant adverse effects reported!).

Although the clinical trials on this herb are generally of low quality (due to lack of big corporation funding!), the Cochrane database (Spine 2007) concludes that Devil?s Claw seems to reduce musculoskeletal pain more than placebo.

So what have we learned from this short 3 part NSAID Report?

1) NSAIDs are effective, but have significant potential serious short and long-term adverse effects

2) NSAIDs in the acute phase will likely reduce the quality of tissue healing ?and may increase recurrence rates

4) There are many alternatives to NSAIDs such as Curcumin and Devil?s Claw

I am honestly not someone who is into conspiracy theories. I have simply presented the evidences that are readily available but often just brushed under the carpet!
So instead of reaching for that NSAID pill, go for a 30-minute walk, lift some weights for 15 minutes, meditate for 30 minutes with relaxation music and enjoy a curry vegetable dish for lunch! 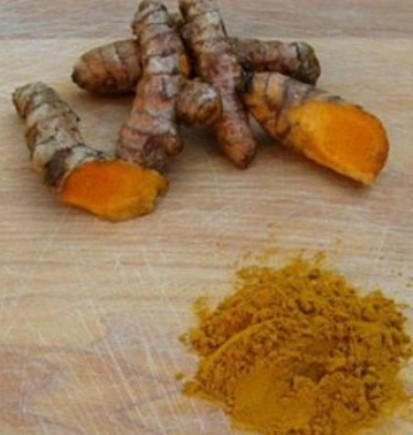 0
The NSAID Myth (Part 2): It?s not the only solution …other long-term options
C1-2 Self-Mobilizations Effective for Cervical Headaches!