Treating Pain Based on Gender?

The term oligo-analgesia is the phenomenon of under-treatment of pain. As you just read, African Americans deal with oligo-analgesia, but this study showed that women may also be dealing with the same issue.

Oligo-analgesia or the under-treatment of pain for acute abdominal pain has been attributed to the MDs fear of masking serious underlying pathology. After all simply masking pain may sometimes be harmful.

Word of the day: Oligo-analgesia, the under-treatment of pain

This was a study on acute abdominal pain; I have not yet come across a similar study on acute LBP. There is conflicting evidence for the use of opioids for acute or chronic LBP …so considering the risks, it’s better off avoided. Oligo-analgesia, may sometimes be a good thing! 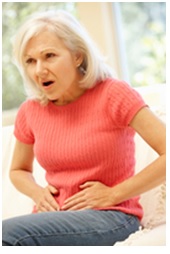 0
Pain Management Based on Skin colour?
Yoga for Back Pain: Evidence in 2016