Why don’t ALL Derby Drivers get chronic WADs

This fascinating study analyzed 40 derby race car drivers who had had an average of 30 career races with an average of 52 car collisions per race. This means each of the study participants (all men) had had roughly 1500 car “accidents” in their life. Of those 1500 MVAs, 55% were rear-end collisions and the rest from T boned or front end hits.

The average collision speed was 40km/h with a maximum of 72 km/h.

Firstly, as expected, all the drivers reported of having neck pain at some point in their careers. However 37 of the 40 drivers had only temporary neck pain lasting an average of 3 weeks.

The most amazing findings from this paper was that only 3 of the drivers reported of having mild chronic persistent derby-related neck pain that just never went away.

Personal Comment: So why do so many “regular” people involved in MVAs so often end up having chronic neck pain? One study reported that 50% of WADs continue to experience some degree of neck pain even 6 to 12 months after the accident (Carroll et al 2008).

Again, each derby driver had over 1500 car crashes yet only 7% developed mild chronic neck pain.

Is it because they wore a helmet?

Is it because they expected to be hit as it is their job?

Is it because there is no compensation for their pain?

Is it because they are “tough guys” in the first place?

Is it because they don’t have psychosocial issues?

This is just fascinating! 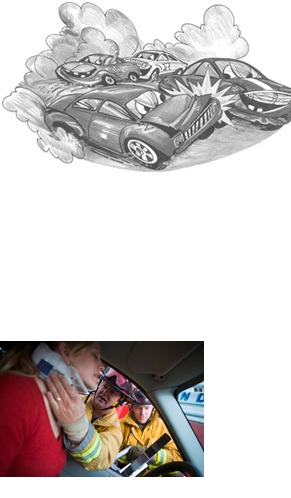