prayer on pain perception in a controlled experimental setting.

Previous papers have documented that religious beliefs and prayers can alter individuals’ pain experience. We are all familiar with religious ceremonies where people whip themselves; yet admit to feeling minimal pain.

This fascinating study involved 20 religious and 20 non-religious healthy volunteers who were given repeated painful electrical stimulations while they were requested to either say religious prayers during the painful ‘zaps’ or just sit still (no prayer) which was the control condition.

Interestingly, prayer reduced perceived pain intensity and pain unpleasantness by up to 38% for the religious subjects, but not for non-religious ones.

We can confidently assume that prayers do not work for Atheists!

Personal Comment: I consider myself an open-minded person with the greatest respect for all religions and cultures. I have even taken a few university level world religion and spirituality courses and have read several books on the topic. I find it amazing and amusing that some interpret the results of this and other prayer studies as strong evidence for “divine intervention”.

Without offending anyone, as an atheist I would like to propose a question. If there was an omnipotent “higher power” at work, why help reduce pain in healthy people involved in a benign experiment but not actually help thousands of children suffering in pain and dying from cancer, starvation or malaria around the world each day?
(I don’t really need an answer!) 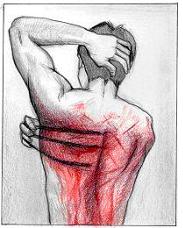 0
Patient Expectation determines benefits from Cervical Manipulation?
Which kid will have knee OA by age 50?