Lateral epincondylitis / tennis elbow can be a frustrating condition to treat especially if it is misdiagnosed.

Another possible source of pain at the common extensor origin is from the entrapment of the deep branch of the radial nerve as it pierces through the supinator muscle.

It is however often challenging to differentiate between myofascial versus neural elbow pain. One easy way to differentiate is by performing the neurodynamic testing (NDT) Radial nerve bias.

If the NDT radian nerve is positive then there are some things to consider when treating the ?lateral epincondylitis?: 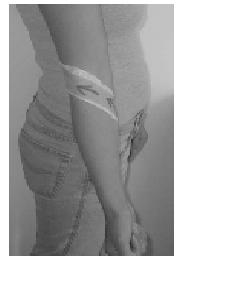 0
Lifting Moderately is Good For the Back
Roland Morris Questionnaire