“My doctor told me I should stop running as it?s bad for my knee arthritis.”

“It makes sense that running will speed up cartilage degeneration in my hips and knees.”

“My x-ray showed I have osteoarthritis. My running days are over!”

The Evidence: It has not been established that running leads to degeneration of articular cartilage.

In 2007 I saw a 75-year-old gentleman all distraught that he could no longer run his 5Km a day. He was upset that his doctor had told him to stop running as he had developed knee pain and his x-ray showed moderate to severe OA!

As a 75 year old otherwise healthy male, I treated him like any other patient with knee pain and after 4 weeks of working on his muscle imbalances, I advised him to run 1Km, then 2, then 3, then 4, and finally 5Km!

It’s been 5 years since and he is now 80 years old and STILL RUNNING WITH NO KNEE PAIN!! He thinks I?m a ‘lifesaver’ and comes in to see me every 6 months just to review his exercises.

“The preponderance of clinical reports refutes an association between running and osteoarthritis.”

…am I crazy for telling a 75 year old who had no knee pain to keep running? No, just evidence-based practice! 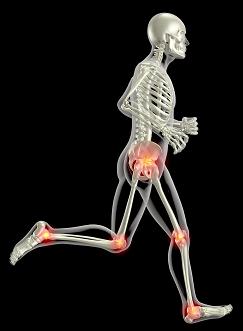 0
Long-distance Running helps OA?
True Patient Case Scenario: A Must Read (But not for insurance companies!)