I realize it is called patella-femoral pain syndrome (PFPS) but I used to focus so much on the patella and practically ignore the femur. I automatically used to tape the patella, mob the patella, stretch the lateral retinaculum, strengthen the VMO in order to “change the position” of the patella.

Based on emerging studies in the past decade, I now focus more on the femur than the patella. What influences the femur? The gluteal muscles!

This RCT involved 200 patients with PFPS, where half received knee-focused rehab such as those I described above and the other half received hip and core strengthening exercises.

After 6 weeks of physio, the 2 groups had similar improvements in pain, function, and strength. However, those in the hip strengthening group had earlier resolution of their pain and greater overall gains in their hip strength. 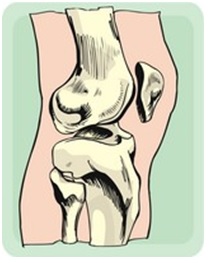