The term Nocebo is Latin for “I shall harm” and is defined as “A detrimental effect on health produced by psychological factors such as negative expectations of treatment or prognosis.”

When a patient anticipates a side effect of a treatment intervention, they can suffer that effect even if the “treatment” is actually an inert substance.

For instance, a patient who anticipates a “flare up” after a few PT prescribed exercises creates a self-fulfilling prophecy.

The review article, reports that nocebo can result in a wide range of symptoms such as

Sadly, the current medical system for musculoskeletal pain is designed to maximize the nocebo effect by figuring out either through physical assessments or imagings all the things that are “wrong” with patients …mostly irrelevant! 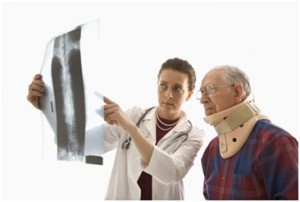 No wonder the cost of treating chronic pain is in the billions and growing annually …I partially blame the nocebo effect caused by the over-medicalization of benign pain conditions.

Walter B. Cannon was an American physiologist, who coined the term “Fight or Flight” in a paper he wrote in 1915. However later in his career he became fascinated by a concept he referred to as “Voodoo death”, studying the notion that a person could experience terrible illnesses and even death if they believe that they have been cursed by black magic, bad juju or by demons.

We can now conclude that a “curse” becomes a nocebo, negatively affecting the health of the individual only if the “cursed” individual believes in it, expects it and predicts it.

“Your mind is the greatest prediction machine the world has ever known. Where you decide to place those expectations is up to you.” Suggestible You; Erik Vance

In conclusion, let us not underestimate the powers of both the Placebo and the Nocebo effects!

0
Think and Grow Fit! without “Exercising”
“Manual Therapy Cures Death: I Think I Read That Somewhere”