Nonsteroidal anti-inflammatory drugs (NSAIDs) are often prescribed in the treatment of ligament and tendon injuries. There are several studies supporting their benefit with respect to pain and functional improvements compared to controls…but the question is

“what effect do NSAIDs have on the actual quality of the tendon or ligament repair?”

Interestingly the studies, which are done primarily on rats and rabbits, give conflicting results. Some say NSAIDs have no adverse effect and others say NSAIDs significantly reduce the quality and strength of the tendon during healing…oh whom to believe?

A total of 215 rats were deliberately inflicted with patellar tendon injuries then they were randomly administered various meds for 14 days.

At 14 days, all the rats were sacrificed, and repair site tissue was analyzed. Conclusion: ?Anti-inflammatory drugs, with the exception of ibuprofen, had a detrimental effect on healing strength at the bone-tendon junction? and ?Acetaminophen had no effect on healing strength.? Clinical Relevance: One must appreciate that this is still a rat study, but I would personally avoid NSAIDs if my pain was tolerable …if pain effected my sleep, I?d take Ibuprofen in a heartbeat! Personal comment: 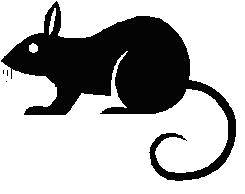 0
Cervical Kinaesthesia…a Must to Address!
Taping for Multifidus Activation!